As the 150th Anniversary of the Civl War unfolds this April, I will post a lot of Civil War related information concerning the Schuylkill Countians who served during the war 1861-1865. 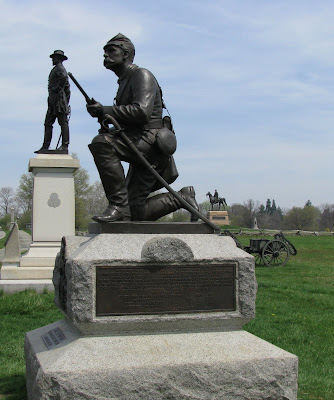 This is the monument to the 1st Pennsylvania Cavalry at Gettysburg. It is located behind the angle on cemetery ridge. What is interesting about this statue which depicts a dismounted cavalryman of the 1st Pa. Cav. is Schuylkill Countian Joseph H.A.Lindermuth, who lived in Auburn and posed for the sculpture of the cavalryman. As we begin the 150th anniversary of the Civil War we in Schuylkill County can be proud of the many men who fought for and died for the Union cause. 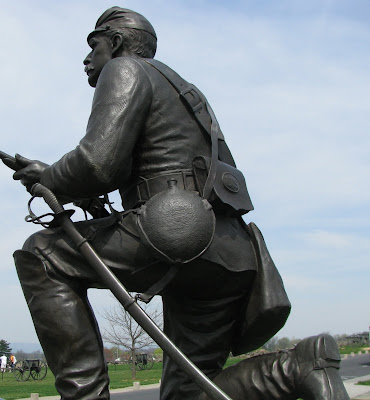 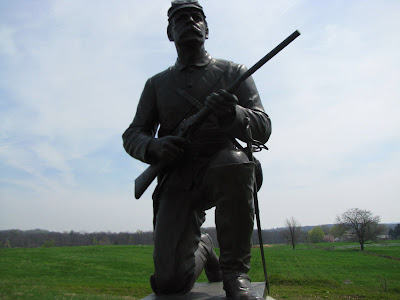 Thanks for sharing these photos and the history of the statue.