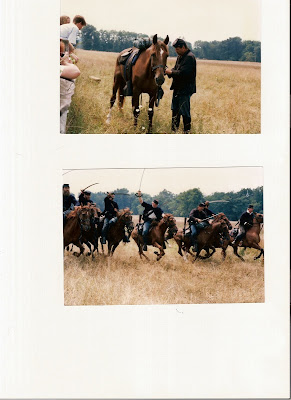 Me and My War Horse "Savage" In Memory of "Dollie Slocum"Dr. D W. Bland 96th Pennsylvania Infantry And His War Horse “Dollie Slocum”

The old gray mare, the property of Dr. Bland, was found dead in her stall on the farm of James Kilpatrick, near Schuylkill Haven, Thursday morning.
She was about thirty years old. The Doctor purchased her in October 1861, previous to entering the Army of the Potomac.
This mare had an eventful career. She never lost a day of duty during the three years of active service in the field. She was present at all the general battles of the Army of the Potomac. Also in numerous skirmishes and reconnaissance’s of the old Sixth Corps.
When the army was sent to the Peninsula in 62 she in company with a number of other horses, stood on board of a schooner for twenty five days and was then hoisted from the deck and thrown into the water to swim ashore. At Gettysburg she was a conspicuous target for a rebel sharpshooter positioned near round top. The Doctor used her through the Wilderness and Spotsylvania campaigns, down to Petersburg then back to Washington, down the Shenandoah Valley to Winchester, Fishers Hill and back to Harpers Ferry.
For the past six months she has been leading a retired life on the above mentioned farm.
She was very much admired by different officers in the army among whom may be mentioned. Generals Slocum, Franklin, Sedgwick, Wright, Bartlett and others.
The doctor had her properly buried on the farm, where she lived. Peace to the ashes of “Dollie Slocum”.
Posted by Stu Richards at 10:31 PM 1 comment: 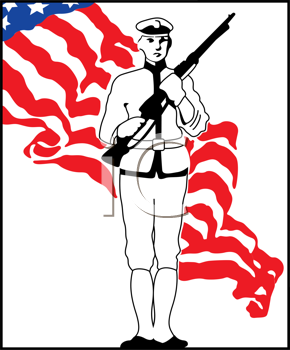 The cost of freedom is always high, but Americans have always paid it. And one path we shall never choose, and that is the path of surrender, or submission.
John F. Kennedy

In memory of all those from Schuylkill County who have kept America Free!
Happy 4th of July everyone!

Posted by Stu Richards at 10:57 AM No comments: