IN MEMORY OF THE TROOPERS OF THE 7TH U.S. CAVALRY 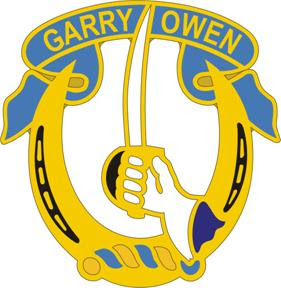 AND TO THE BOYS FROM
SCHUYLKILL COUNTY WHO GALLANTLY FOUGHT AND DIED THERE! 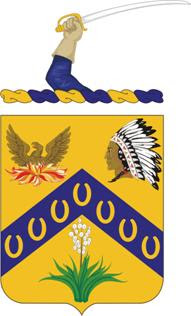 Posted by Stu Richards at 7:36 PM No comments: 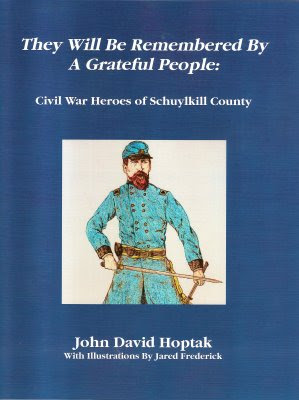 
During the four years of the American Civil War, thousands of Schuylkill County’s sons served in Union blue. More than six hundred never returned home. From throughout Schuylkill County’s anthracite-laden coalfields to its fertile farmlands, volunteers, both young and old, from all social backgrounds and from all walks of life, willingly left their homes and families behind to fight for the preservation of the Union and the destruction of slavery. Schuylkill County soldiers fought—and died—in all of the war’s great campaigns and epic battles, from Antietam and Gettysburg in the East to Shiloh and Chattanooga in the war’s Western Theatre. Some served at the rank of general, several received the Medal of Honor for battlefield heroics, and many rose to great prominence while displaying uncommon valor and playing important roles both on campaign and in battle. Yet, from the highest-ranking general on down to the enlisted soldier, all who served were heroes.

They Will Be Remembered By A Grateful People focuses on the lives of but a few of the thousands of Civil War heroes who served from Schuylkill County. In this illustrated guide, designed specifically for children and young adults but entirely suitable for all ages, I tell the stories of such notables as General James Nagle, Colonels Benjamin Christ, George Wynkoop, and Henry Cake, as well some lesser-known but still very important figures such as Major Lewis Martin and young Jeremiah Helms, one of the youngest soldiers to give his life during the Civil War. Told, too, is the tragic story of the Allison Brothers from Port Carbon, all four of whom served, and all four of whom died. And, of course, the book begins with a look at the famed First Defenders, the first Northern volunteers to reach Washington following the commencement of the war. Two of the first five First Defender companies hailed from Pottsville. The story of Nicholas Biddle, an elderly African-American and former slave, is told as well. Biddle was among the first casualties of the war, struck down in the streets of Baltimore as he made his way with the First Defenders toward Washington.
In all, They Will Be Remembered By A Grateful People focuses on the lives and service of fifteen notable Civil War heroes from Schuylkill County. In addition to biographical sketches of these individuals, there are excellent illustrations of each, drawn by artist and Civil War historian Jared Frederick. It is my hope that as you read about these soldiers and reflect upon their service and sacrifice, you will discover just a small portion of Schuylkill County’s distinguished Civil War history and become inspired to learn more.

Also, if you are interested in purchasing a copy, or several copies (remember, they make for a great gift), you can either order directly from the website linked above, or you can simply contact me at: 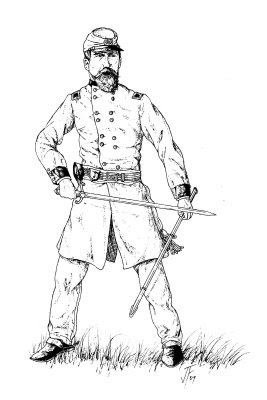 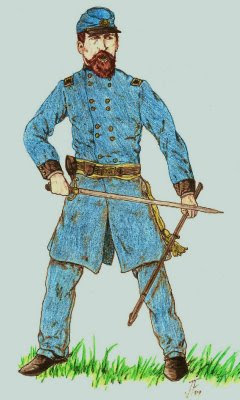 Posted by Stu Richards at 6:10 PM No comments: 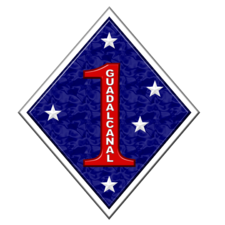 A St. Clair Marine Sergeant whose inspiring leadership despite painful wounds helped restore American front Lines in Korea, during heavy fighting was awarded the Silver Star Medal for , “Conspicuous Gallantry and Intrepidity in Action Against The Enemy”
Sgt. George Kostrey, son of Mrs. Anna Kostrey, of 42 North Third St., St. Clair.
The Citation , presented by the commanding general of the First marine Division, recounts how Sgt. Kostrey, a section leader of a mortar section with a Marine infantry battalion, inspired his battalion in Korea on November 27th last year. (1951) 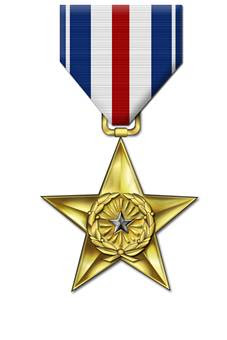 The citation Reads:
“While occupying a defensive position, his unit came under strong attack from the enemy which had overrun part of the front lines. With complete disregard for his own safety he took a position in the midst of the heaviest fighting, defending his position with hand grenades and directing the mortar fire of his section effectively. Though painfully wounded, he continued to direct such accurate fire that the enemy was repulsed and the front lines restored.
His inspiring leadership and devotion to duty were a source of great inspiration to all members of his battalion.”
Posted by Stu Richards at 5:51 PM No comments: