FOR ALL THOSE WHO HAVE SPENT CHRISTMAS AWAY FROM FAMILY AND FRIENDS. HERE YOU ARE TRULLY APPRECIATED. 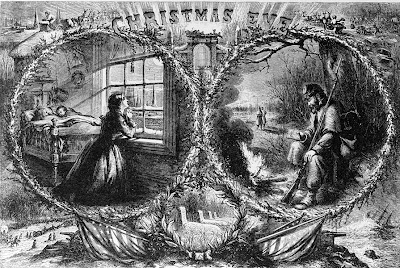 I WISH ALL A MERRY CHRISTMAS AND HAPPY NEW YEAR AND THANK YOU FOR YOUR SERVICE AND WHAT YOU HAVE DONE TO MAKE THIS CHRISTMAS POSSIBLE FOR MY FAMILY. 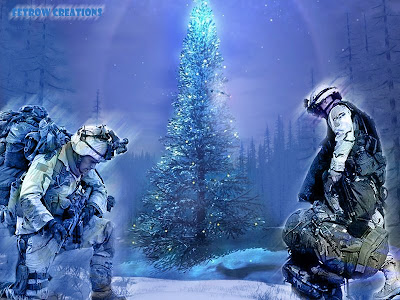 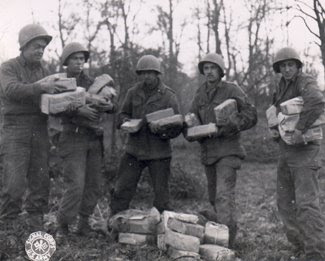 YOU WILL NEVER UNDERSTAND UNTIL YOU'VE BEEN THERE

I WANT TO THANK ALL WHO HAVE SERVED FROM THE REVOLUTION TO THE CURRENT WAR ON TERROR. 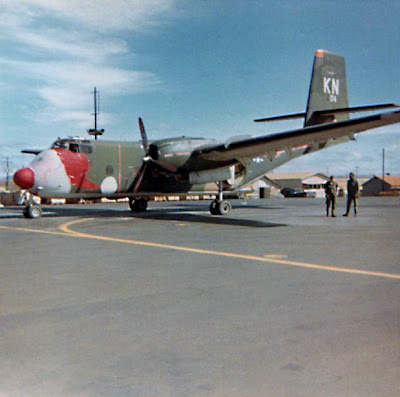 A SANTA BOU FROM MY DAYS IN VIETNAM 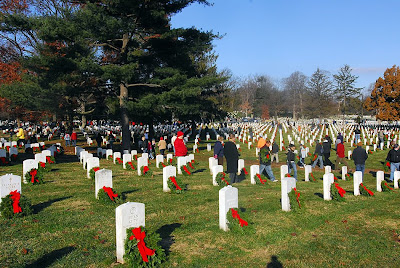 STU RICHARDS
Posted by Stu Richards at 1:08 PM No comments:


Almost one third of the some 40,000 federal prisoners who entered the Confederate Prison at Andersonville remain there today in its cemetery. Strikingly it is estimated that only two dozen men broke out of Andersonville and successfully reached Federal lines. And despite legends to the contrary, almost none of them escaped by tunnel.
This is the story of Pvt. David Weir born in Kilmarnock, Scotland he resided in Branchdale, Schuylkill County. Unbelievably Pvt. David Wier is one of the two dozen men to have made history by escaping from Andersonville Prison.
David Wier enlisted in the Union Army on September 3, 1861. He enlisted in Company E of the 55th Pennsylvania Volunteer Infantry under Captain Horace Bennett of Minersville, who was killed in action bravely leading his men at the battle of Pocotaligo River in May 1862 Most of the men in Company E were from the Minersville, Frailey Township area of Schuylkill County.
Pvt. Wier took part in many of the engagements that the 55th was involved in from late 1861 until May 10, 1864 when he was captured in the battle of Drewry’s Bluff. During the battle he received a bullet wound in the thigh. He was taken prisoner and moved into Petersburg Va. Were the confederate surgeons worked on his leg. He was hospitalized for a month and later transferred to Charleston S.C. where he was processed and then sent on to Andersonville. Arriving sometime in July of 1864. 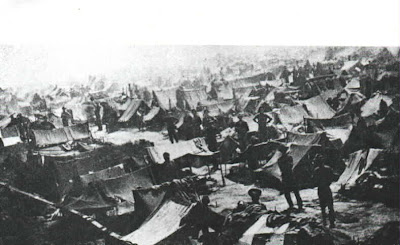 Captured along with Private David Wier was Pvt. Thomas Conway and Pvt. David Hughes both friends of his who grew up in Branchdale with him. Privates Weir, Hughes , Conway were mess mates in H Squad North Mess. The men usually formed into small messes with comrades from the same regiment or company. In this way they would draw rations and share everything they had with each other and also protected one another from the roving bands of thieves and murderers that existed in the camp. this was one way of trying to survive the horror that was Andersonville. 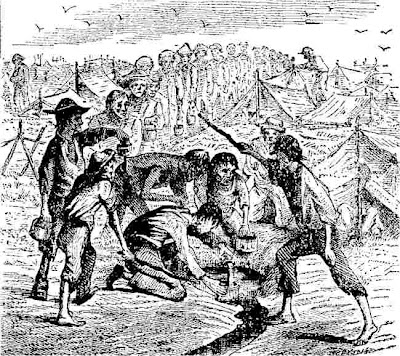 As stated above of all those who were held in Andersonville only two dozen men ever escaped. On October 18, 1864 Wier, Hughes, Conway and another man a Tennessee scout by the name of Thomas Cheshire made their escape. The story has it that Cheshire bribed one of the rebel guards to help them escape. Upon leaving Andersonville the group fled through the swamps Weir, Hughes, Conway and Cheshire continued their flight, hiding in the bushes by day and traveling by night while being pursued by Bloodhounds sent after them by the rebel militia.
In a story written by Wier that was published in the Pottsville Republican on November 16, 1927 Wier relates that Conway weakened by sickness and prison privation was unable to proceed and was caught by the rebel guards and their bloodhounds and sent back to prison along with David Hughes, but Cheshire’s report states that three of them escaped.
During this harrowing flight the remaining three somehow found a sympathetic slave who agreed to help them, the slave at great risk to himself hid the men in his wagon under a load of corn and took them over seventy miles through two Rebel towns and across a ferry. The slave turned the men over to another slave who guided them to some sympathetic white Floridians who were loyal to the Union. These people gave the men a boat that they took out into Ochlocknee Bay near Tallahassee.
Running down the coast was the U.S.S. Mortar Schooner Oliver H. Lee enroute to Key West. The Lee had just put some men in a small boat looking for fresh water, when the trio signaled the men and were rescued. Their journey took them over 200 miles, quite a feat for starving and sick men.

Later Thomas Cheshire would write an interesting story about his escape from Andersonville. The story is held in the Gettysburg College archives listed under the Thomas Cheshire Papers.
David Wier arrived in New York on Thanksgiving Day 1864. Unbelievably he rejoined his company immediately and participated in the fall of Petersburg April 2nd 1865 and was present at the surrender of Robert E. Lee and the Confederate forces at Appomattox, Va. April 9, 1865. On May 19, 1865 he was mustered out of Company E 55th P.V.I. In 1925 Pvt. David Wier was one of the last surviving members of the George Lawrence Post 17 in Minersville. After the war he went back to working in the mines where he worked as a breaker hand, he ran the engine in the Otto Colliery. One of those long lost heroes of Schuylkill County.
David Hughes also went back to the regiment and was mustered out December 29, 1864.
Thomas Conway survived the ordeal at Andersonville and was also mustered out with the company on August 30, 1865. 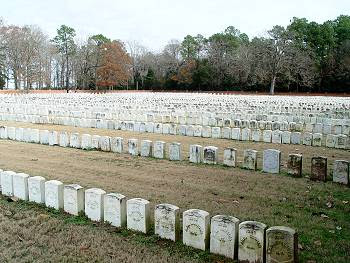 The Cost of Andersonville

For those interested in reading about the escapes from Andersonville Robert Scott Davis wrote an excellent book entitled “Ghost Shadows of Andersonville.”
Posted by Stu Richards at 5:06 PM 3 comments: